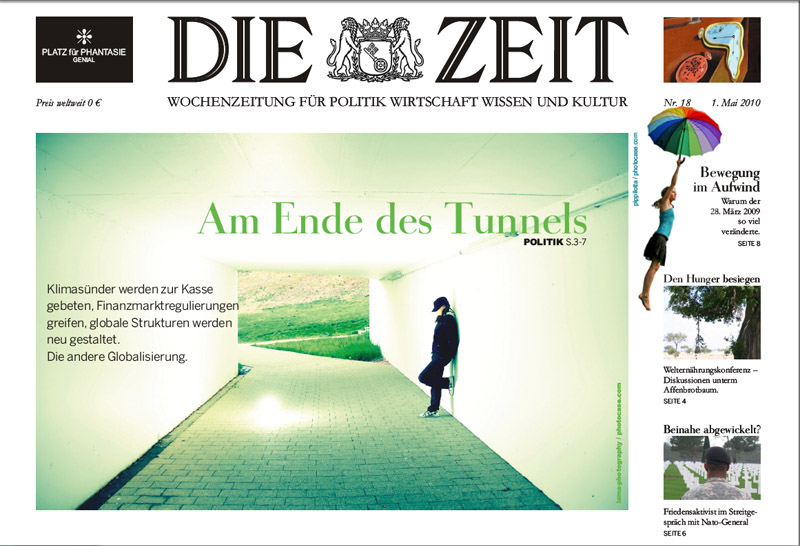 On March 21, 2009, several hundred thousand people in over 90 cities in Germany were amazed when they were offered a free special edition of the weekly DIE ZEIT in pedestrian zones, at train stations and in many other places. Anyone who delved into the issue read unusual news: the car manufacturer Opel in the hands of the workers, the war in Afghanistan ended, fossil fuels quickly phased-out . However, a look at the release date – May 1, 2010 – revealed that it was a fake. Or rather: a utopian edition that did not report on the past, but on a possible future. The campaign was carried out by the global justice network Attac and inspired by the fake edition of the New York Times, issued by the culture jamming activists The Yes Men in November 2008.

The media response to the plagiarism was overwhelming: all major news outlets in Germany, whether print media or TV, and also some foreign media like Le Monde, reported in detail; in no time the campaign was known nationwide and beyond. A selection of the press reports can be found here and further down on this page.

The fake edition of DIE ZEIT also came out as a supplement of the German daily “Taz Die Tageszeitung”; the total circulation was 350,000 copies. The fake online presence became also very popular.

The plagiarism can be downloaded here as a PDF.